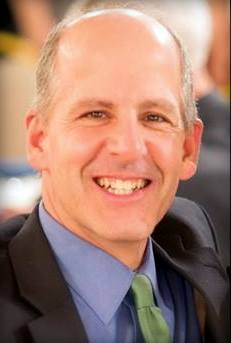 Robert Garnier was born in Washington, D.C. in 1965. He has lived in Northern Virginia his entire life, except when away at school. Because Robert enjoys interacting with people, he has concentrated his work on civil litigation, focusing primarily on representing individuals and corporations in both the defense and prosecution of personal injury claims, workers’ compensation claims and other general litigation matters. His practice has included many areas of law, including defending multiple rental car companies and their customers, insurance defense, insurance coverage disputes, and representing both claimants and defendants in premises liability cases, products liability litigation and workers’ compensation. He has also written articles in various legal publications and lectured at seminars and conferences on topics of interest to litigators.

Robert earned his undergraduate degree from the College of William & Mary in 1987, and in 1991, earned his law degree from William & Mary’s Marshall-Wythe School of Law, where he was a member of the law school’s law review and moot court bar. Robert served as a judicial clerk for several judges on the Fairfax County (Virginia) Circuit Court bench from 1991 to 1992, before joining his father and brother in the law firm of Garnier & Garnier, P.C.

Robert is married, with two adult children. When not working, Robert enjoys, among other things, spending time with family and friends, running, long-distance triathlons (completing the 2015 Ironman Mont Tremblant in Quebec on his 50th birthday and many shorter triathlons), kayaking, skiing and snowboarding, rooting for Washington’s Capitals, Redskins and Nationals, good craft coffee and beer, and traveling.